Alrighty everyone! I hope you all had wonderful holidays and are experiencing a happy new year thus far (as happy as three days in will supply!).
Since it is the beginning of the month we have our next book ready to go for our Microvellum Bookshelf. "The Motive" by Patrick Lencioni.
Last month we read "The Goal" by Eli Goldratt and we had a lot of discussion on it. You can review or add any other comments about our December book, here. REMEMBER! It's never too late to join the group or any of the discussions.
"The Motive" by Patrick Lencioni 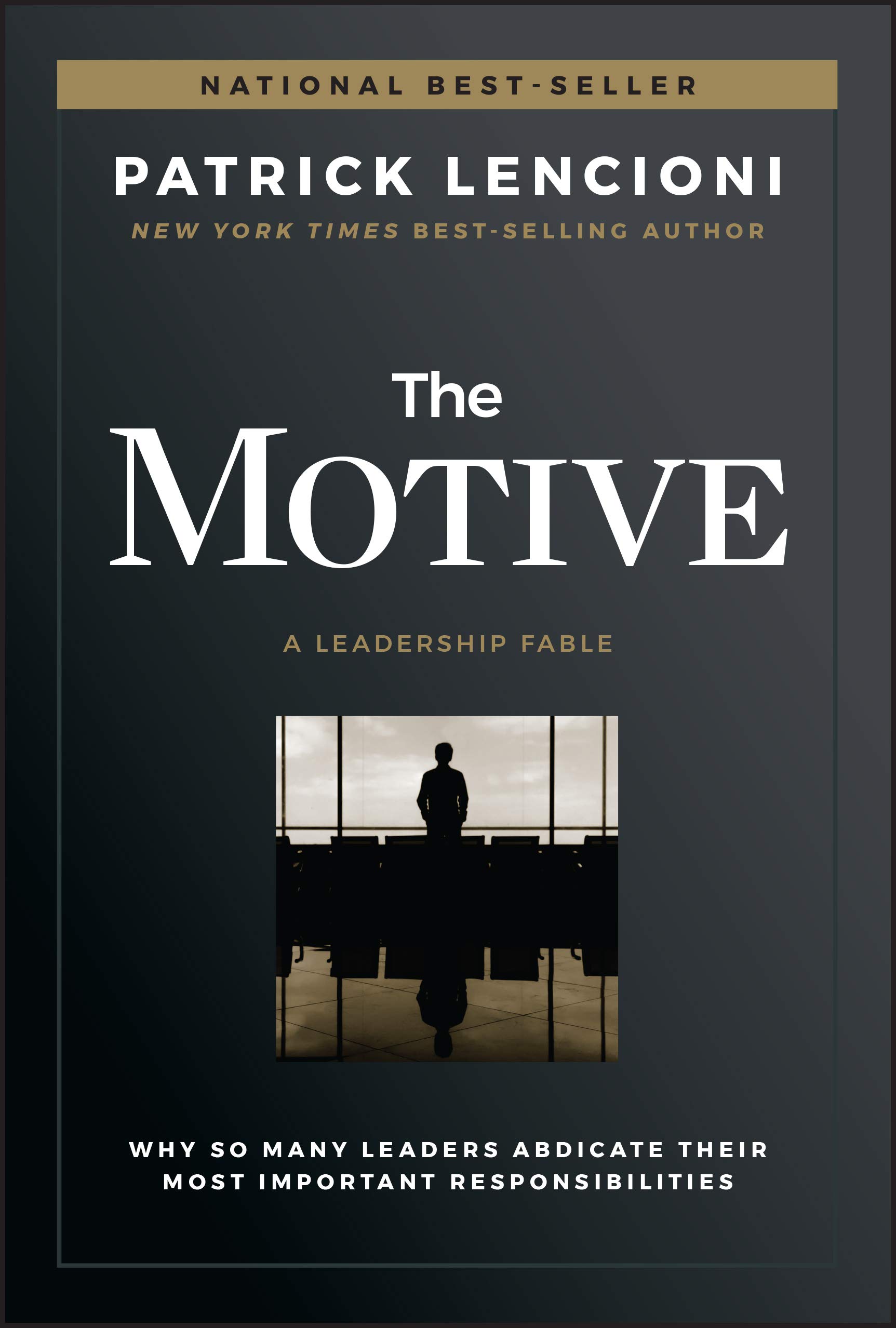 Shay was still angry but shrugged nonchalantly as if to say, it’s not that big of a deal. “So, what am I wrong about?”

“You’re not going to want to hear this, but I have to tell you anyway.” Liam paused before finishing. “You might be working hard, but you’re not doing it for the company.”

“What the hell does that mean?” Shay wanted to know.

Knowing that his adversary might punch him for what he was about to say, Liam responded. “You’re doing it for yourself.”

New York Times best-selling author Patrick Lencioni has written a dozen books that focus on how leaders can build teams and lead organizations. In The Motive, he shifts his attention toward helping them understand the importance of why they’re leading in the first place.

In what may be his edgiest page-turner to date, Lencioni thrusts his readers into a day-long conversation between rival CEOs. Shay Davis is the CEO of Golden Gate Alarm, who, after just a year in his role, is beginning to worry about his job and is desperate to figure out how to turn things around. With nowhere else to turn, Shay receives some hard-to-swallow advice from the most unlikely and unwanted source—Liam Alcott, CEO of a more successful security company and his most hated opponent.

Lencioni uses unexpected plot twists and crisp dialogue to take us on a journey that culminates in a resolution that is as unexpected as it is enlightening. As he does in his other books, he then provides a straightforward summary of the lessons from the fable, combining a clear explanation of his theory with practical advice to help executives examine their true motivation for leading. In addition to provoking readers to honestly assess themselves, Lencioni presents action steps for changing their approach in five key areas. In doing so, he helps leaders avoid the pitfalls that stifle their organizations and even hurt the people they are meant to serve.