Several types of 3D modeling are available in AutoCAD. Each of these 3D modeling technologies offer a different set of capabilities.

A 3D model can include combinations of these technologies, and you can convert between them. For example, you can convert a primitive 3D solid pyramid to a 3D mesh to perform mesh smoothing. You can then convert the mesh to a 3D surface or back to a 3D solid to take advantage of their respective modeling features.

The most useful command to view 3D models dynamically is 3DORBIT.

In addition to changing views, you can right-click to display a shortcut menu that provides many options. The most popular options include the following:

Most AutoCAD commands that are used for 2D operations can be applied to 3D models. For example, with the ROTATE command, you can revolve a 3D solid about an axis that's parallel with the Z axis of the UCS. To rotate the model about a different axis direction would require you to change the direction of the UCS Z axis. 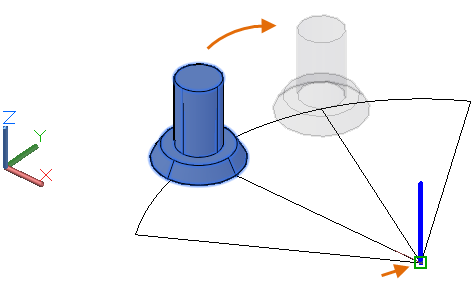 There are also commands specialized for the 3D environment such as 3DROTATE, which displays a gizmo to facilitate rotation about any major axis. 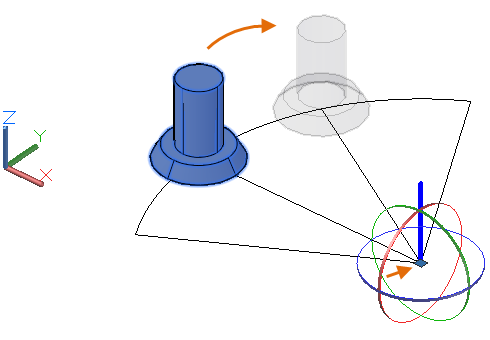 The easiest command to start with is ROTATE due to familiarity, however the choice of which command to use depends on the circumstances and your preferences.