BlueCell® is a software optimizer produced by Eurosoft, Inc. It optimizes or determines the best location and rotation of parts on a material sheet to maximize material usage.

It is one of several optimizers that may be used to optimize Microvellum data. Others include Ardis and CutRite, as well as the ubiquitous Microvellum Sawing Optimizer.

BlueCell can produce output for both nested routers and panel saws. Microvellum currently connects to the BlueCell sawing optimizer, but not to their nesting optimizer.

The Microvellum output for a processing station of type “BlueCell XML” is similar to that for “Ardis Parts File,” “CutRite MDB,” or “CutRite ASCII” in which you set up and process with a station set up specifically for one of those four types of optimizers. This is in contrast to a station set up with a type of Microvellum Sawing Optimizer (or Schelling HPO) in which you set the “Output Type” property to one of the selected formats. 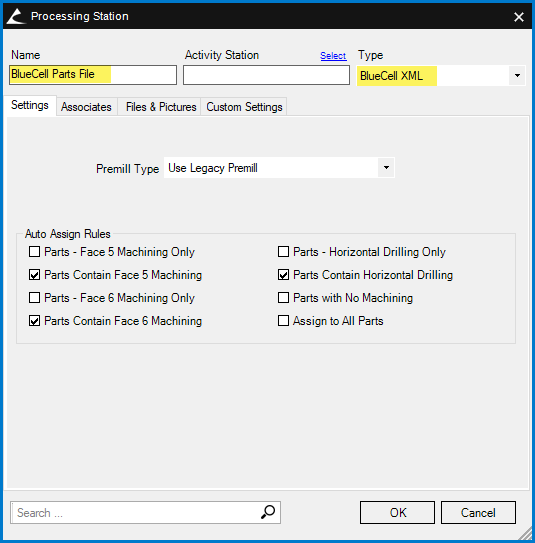 
Set up processing station associates if you want data associated with a secondary machining process to appear in the BlueCell parts file. Set these up on the Associates tab. For example, you may want the horizontal boring data produced by an edgeboring machine station to appear in your parts file and thus be available on the labels produced by the optimizer software. Add and configure a new associate of the type “Edge_Bore,” as explained in the tutorial below. This will result in a parts file containing data produced by a separate processing station.

If you define two stations of the same type, such as two Edge_Bore stations, as in the following figure, the resulting XML file will contain data for both Associates, separated by a pipe symbol, as shown in figure 6. 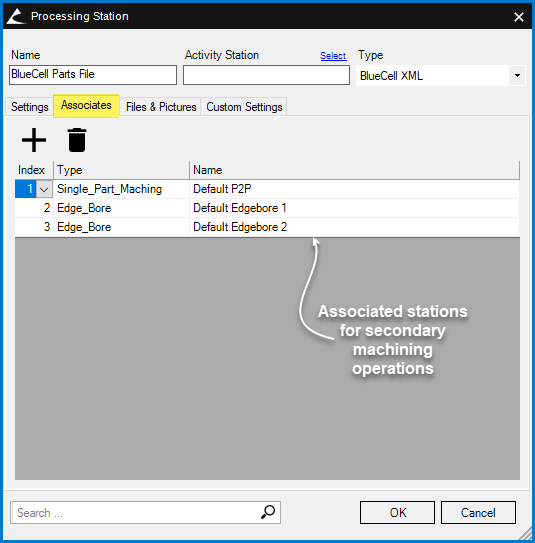 
Set up the folder that you want to contain the XML parts file in the processing station properties at: “Files & Pictures > File Location.”

If you need Microvellum to produce part pictures, set up the folder that you want to contain those picture files in the processing station properties at: “Files & Pictures > Part Picture File Location.” Also, set the Picture Type and size/zoom factor there. 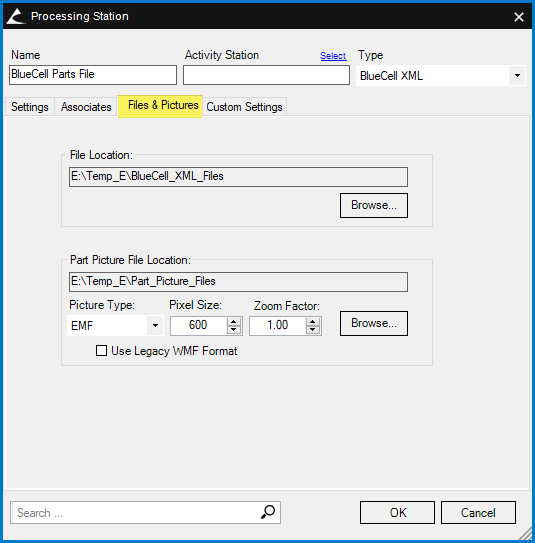 
The XML file that is produced by the BlueCell processing station contains a total of 31 data locations for each part. This means that you may pass 31 different pieces of part data from Microvellum to the BlueCell optimizer. Eleven of these are passed by default when producing the XML file. Six of the remaining 20 are created according to the stations used when processing and the associates defined as explained in a previous paragraph. The remaining 14 fields are user-definable. Set up these user-defined fields in the processing station properties in the Custom Settings tab. See the BlueCell XML Import Tutorials for more information. 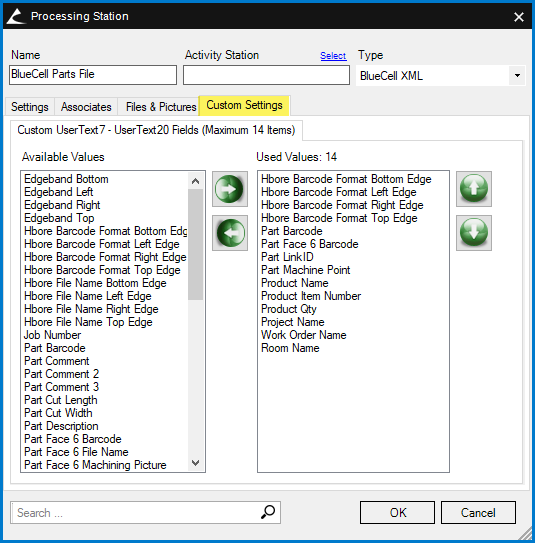 
Here is the XML file output from the Custom Settings and Processing Stations Associates shown in figures 3 and 5. 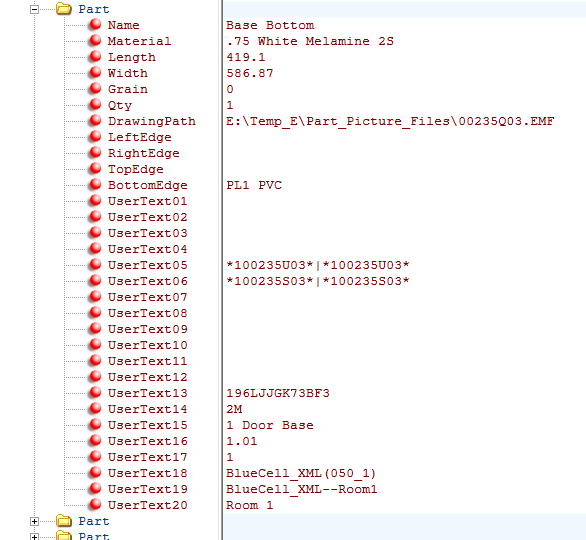 Figure 6 shows the default Microvellum output with no Associates or Custom fields defined. 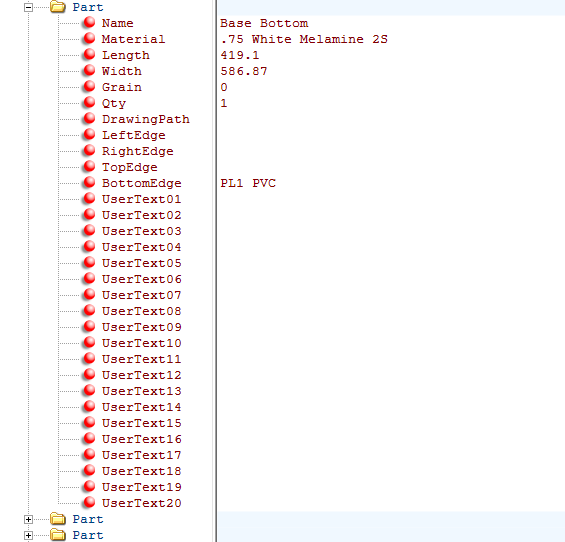 Use and General Procedure When Optimizing Microvellum Data with BlueCell

Click here to view a tutorial of creating and configuring a BlueCell processing station.